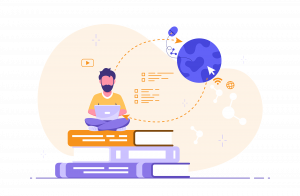 Flow process control trainer (MPC-006) is a benchtop unit that features one of the most important industrial applications of PID (proportional – integral – derivative) controllers which is the flow control. The trainer allows trainees to regulate and control the stream flow using PID controller. The trainer aims at demonstrating the principles and function of PID controller, effect of manipulating the controller variables on the control system, as well as the limitations of each control system (P,PI & PID).